The Agents of ALL New Orleans 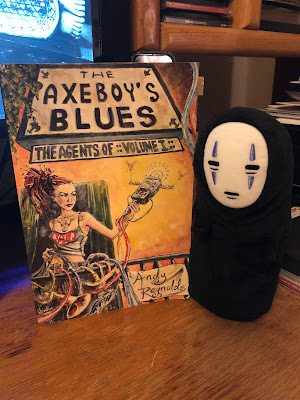 To date, I don't think I've read a book set in or written by an author living in New Orleans that I didn't love. I like how each of the authors speak of NOLA in their own way, thereby creating a new version of the city for people to enjoy. The Axeboy's Blues by Andy Reynolds is on that list.

Imagine if you will (yes, I was channeling the Twilight Zone) New Orleans on many levels - living, dead, and between. Now, imagine different time periods of New Orleans all going on at the same time. Now . . . imagine a group of people who know about the myriad of New Orleans-es and are determined to keep the city safe and protected. Welcome to the Agents Of.

Thanks to a most original bank robbery, pastry chef Edith Downs and her tattooed friend Mars are selected to become the newest members of The Agents Of, as approved by a man/god/shapeshifter and a half human who is very much an enigma. They are given the "simple" task of tracking down one Axeboy, son of the Angel of Death and The Axeman (current resident of Oblivion), and stopping his reign of terror involving trumpet players. Sounds simple, right? Nope! I forgot to mention people who can speak to and wind up cicadas, eating pieces of fruit that literally make you Wonder, drinking beer in ghost bars, meeting up with Agents from the 30s, and so on. In short, The Axeboy's Blues is one hell of a ride - if you think you know New Orleans, then you need to read Andy's version. His book will make you wish his version was real (and it probably is, because it's New Orleans and nothing down there surprises me but I digress).

I had the pleasure of meeting Andy the past weekend while down for Contraflow (much love!) and he was a delight to talk with. I will freely admit that I got nervous in meeting him but I'm glad we swapped books! If you live in NOLA, you can purchase the book at Tubby and Coo's MidCity Bookshop, or you can see Andy at Cafe EnVie on Decatur (he told me that he always has copies of his books with him!)

Solid characters, kick ass women who enjoy the fact that they are different, the battle between Time periods, true magick, many laughs, and an overall amazing story that kept me intrigued until the very end - The Axeboy's Blues is a must read!


EX LIBRIS!
Posted by Kimberly B. Richardson at 7:32 PM No comments:


Her toes dig into the mud. She wears a long black dress with grey lace barely hanging on the edge. She crouches down and scoops up a handful of mud in her hands, sniffs it, then slowly eats it. Time comes into play, along with tears shed for the dead, blood spilled in the name of someone long gone, and memories - she can taste it all. She continues to eat the mud as she watches the Mississippi River flow slowly in front of her. When she finishes eating, she walks to the river and bends down to wash her hands and feet then walks into the river. Cool water mixed with debris from other cities and times greet her dry skin as she wades into the water. A baptism for the fallen, the lost, the sacred. She walks until her waist is covered by the water that suddenly slows down around her. The river knows her, senses her body with the extremely old soul, and greets her. She nods then returns to the land. As her feet make contact with the land again, she closes her eyes and listens to the heartbeat of the city. Defiant after all these years. A refusal to disappear under the guise of modern skyscrapers and unsteady dreams. She can feel the city breathing. Once upon a time, the city spoke to her, asking for her love. She refused. The city continued to ask, beg, plead, demand. She continued to refuse. You belong with me, the city whispered to her through jasmine scented breezes. Come to me and I will show you. Come to me. She closed her eyes and SAW. When she finally said yes, the city opened its arms to her and made her its Guardian. She lives in a small house, unknown to many except for those who drink the city’s blood. The Guardian wanders the streets, walking in step to the heartbeat. When night falls, she will walk to the river and drink from it as though it was a delicate tea. When the city sighs, the Guardian dances barefoot within the shadows. And so it was and still is. 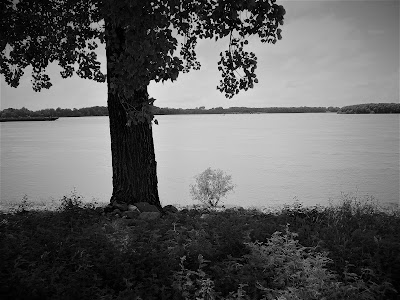 A New Day for Sherlock Holmes! 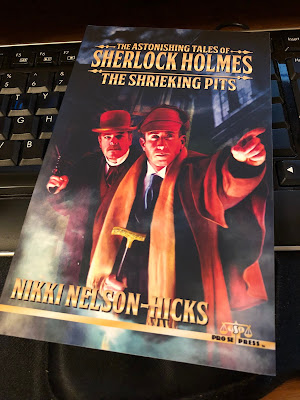 I am a BIG fan of Sherlock Holmes! Now, having said that, I've not read all of the stories (but I plan on doing that very soon!) And yes, I loved the Basil Rathbone and Robert Downey Jr. films as well. However, I will say that author Nikki Nelson-Hicks has done a fantastic job of contributing to the Holmes universe with her book The Astonishing Tales of Sherlock Holmes - The Shrieking Pits! Dr. Watson learns, upon returning from his latest excursion, that his dear eccentric friend Holmes has gone missing in an attempt to catch . . . faeries? According to gentleman Ulysses K. Todd and his secretary (and formidable partner) Bernadine Dowell, they were the last to see Holmes alive! Watson decides to travel with his two new companions to Aylmerton to locate his possibly drug addled friend . . .and lands in something far more sinister and more profitable!

This book, published through ProSe Productions, will tickle the fancy of any Holmes fan as well as anyone who loves reading a well written story. Although the book is slim, the story is far from it - lemon juice, hidden messages, dirty silver, even dirtier family members, and above everything else, a chance to see Holmes in full form! What could be better than that? Kudos to Nikki for a job well done! And, if this book isn't enough for you, you need to check out her Accidental Detective series, also published through ProSe Productions! My tea company even has a blend inspired by the first novel in the series!


Posted by Kimberly B. Richardson at 9:00 PM No comments: